Miklos Horthy was a self-proclaimed lifelong anti-Semite, and the Christian nationalist and authoritarian ideology of the state system he enacted reflected personal and deep-seated anti-Semitic prejudices. Shortly after Horthy came to power and years before the Nazis led Germany, Hungary enacted his so-called Numerus-Claus Act of 1920, effectively ending the legal equality of Jews in Hungary. In the 1930s, after affiliating his country with Nazi Germany, Horthy supported Adolf Hitler and helped the take over of Czechoslovakia, Romania, and parts of Yugoslavia. During the Holocaust, his regime later wiped out all these acquired Jewish areas with shootings and mass deportations. When Horthy commanded Hungarian troops to join the German offensive against the Soviet Union in 1941, Horthy saw losses on the Eastern Front of about 200,000 Hungarian soldiers, the occupation of Hungary by the Red Army, and 45 post-war years of dictatorship by the communists. It is, therefore, hard to imagine why current Hungarian leaders feel the need to put this man on a pedestal when both his manner of rule and results are far from stellar.

In connection with the Holocaust, Horthy is recorded as being directly responsible. Long before the mass deportation of Jews in 1944, Horthy’s Hungary launched a systematic anti-Semitic policy. Between May 1938 and March 1944, the Hungarian parliament passed 22 anti-Semitic laws. During the same period, he also issued 267 anti-Semitic ministerial and governmental decrees. These decrees severely restricted the ability of Jews to earn a living, disenfranchised many of them from voting, and prohibited sexual relations and marriage between Jews and non-Jews. The “Second Jewish Law” of 1939 proclaimed the official policy of deporting Jews. Jews were forbidden from military service, and instead had to do unarmed labor service for the army. Horthy is responsible for the thousands of Jews who died in these labor battalions.

At the start of the war, Hungary forced about 18,000 Jews across its borders into German-occupied Ukraine, where one of the first mass shootings of the Holocaust was executed in Podolsk.  But this action pales in comparison to Horthy’s agreements during his talks with Hitler even after the defeat of the Axis powers seemed certain to deport the Hungarian Jews into German hands. Horthy accepted the invasion of Hungary on March 19 by German forces and an SS unit led by Adolf his Eichmann and ordered his military and civilian authorities not to resist. He named the officer who should carry out the action against the Jews. At this point, he announced his intention to “retire” from direct involvement in Jewish affairs but was fully aware of and tolerated the ensuing persecution. The Hungarian authorities concentrated on the ghetto and, in just 56 days, from May 15 to July 9, deported over 400,000 Hungarian Jews on trains to Auschwitz-Birkenau, where most were killed on arrival.

At his trial in Israel decades later, Adolf Eichmann noted the extensive and efficient cooperation with the Hungarian army and administrative authorities during this period. Advocates argue that Horthy was powerless to stop his deportation after German forces invaded Hungary. However, the evidence discredits this claim. On July 6, 1944, Horthy ordered the end of deportation, which ended three days later. In August, he changed his mind, and with Horthy’s approval, the government prepared a written agreement with the Germans to resume deportation.

Previous PostUpdate: Replacing a Door for Leo-Frankel SynagogueNext PostThe Hungarian Government Sponsored a Study on Antisemitism and Then Rejected the Results When They Disagreed with Them
0Shares 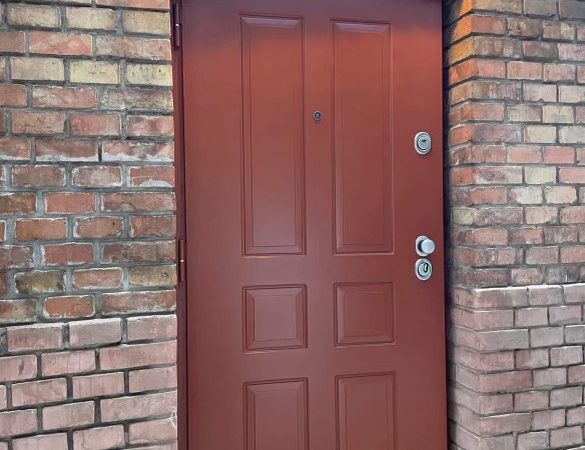 The Hungarian Government Sponsored a Study on Antisemitism and Then Rejected the Results When They Disagreed with Them
November 11, 2022Aaron Kahn